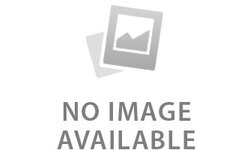 Western Rivers Mantra Pro 400 Electronic Game Call with Bluetooth is designed for day and night sport hunters. Mantis Pro 400 is a remote controlled caller that comes with 400 preloaded calls that include but are not limited to elk, wolf, deer, turkey, bobcat, coyote, moose, rabbit, duck and fox. Features a 4? reflex loudspeaker up to 110db and two external jacks to accommodate secondary amplified speakers for a virtual surround functionality. Sound overlay allows you to play two calls at once to maximize calling efficiency. Western Rivers also introduces quicksets that plays two to five calls in sequence or at random in a customizable, spacing distances. All functions are carried out via removable remote control that can reach distances of 300 yards. With the ability to sync the Mantis motorized decoy (sold separately), calls can be brought to life. Add in Bluetooth capability to stream additional sounds from a paired device; the Mantis Pro 400 delivers a high end caller with all the advanced features to be successful in the field without a high end price.

Wireless Bluetooth streams audio or additional calls from a paired device such as a smartphone, 4 Reflex Loudspeaker

STORE YOUR SERVERS, NETWORK AND TELECOMMUNICATIONS EQUIPMENT IN THIS ADJUSTABLE
$475.68